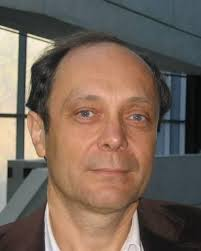 Vincent Rivasseau is a Professor in theoretical physics at the University Paris-Sud, Orsay, France since 2001. He is a former student of École Normale Supérieure (Paris, France) from 1974 to 1978 and Princeton University in 1978/79.  He got his PhD in 1979 at Pierre and Marie Curie University, followed by the Thèse d’État in Mathematical Physics. From 1981 to 2001 he was a scientist of the CNRS at the Center for Theoretical Physics of École Polytechnique. His research interest is on constructive quantum field theory and renormalization theory with applications to many-body theory, such as quantum interacting fermions in solid state physics. Since 2004 he has been studying quantum field theories on noncommutative space-time, then group field theory. He has been editor in chief of Annales Henri Poincaré, from 2000 to 2012 and is currently co-editor in chief of Annales de l’Institut Henri Poincaré D. In 2011, he developed the tensor track approach to quantum gravity based on random tensors (higher-dimensional generalization of random matrices). He is committed to the development of science in Africa, being a co-founder of the AIMS-Sénégal Institute (2011) and president of the Association pour la Promotion Scientifique de l’Afrique, which he founded in 2009. He is also co-organizer of the Poincaré Seminars at the Institut Henri Poincaré.