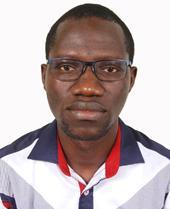 Before defending his thesis in 2015, in the area of Graph Theory and Combinatorics, Rémi Avohou was a tutor at AIMS Senegal from 2015 to 2016. After his doctorate he continued as a tutor at AIMS for a second year until 2017. He then undertook a postdoc at the Einstein Institute for Mathematics at the Hebrew University of Jerusalem, where he worked on matroids, multi-matroids, convex polytopes and rigidity theory. Since December 2019 he is a postdoc at Max Planck Institute for Mathematics in the topological recurrence research group. In the same period he has been teaching linear algebra and Graph theory in his university in Benin. With Prof. Ben Geloun, he supervised two Master’s theses at AIMS Senegal one on polynomials of graphs in higher dimensions and the second on multi-matroids. These two works were a success, with new publishable results.